Six Saints to look out for in 2020 Skip to main content
Catchup on all the latest action from ${round}!
Previous
Next
Loading…
Watch every match live and on-demand...
Loading…

Of those 39, five made their AFL debuts, while another four donned the red, white and black for the first time after crossing over from rival clubs.

But there was still quite the handful who didn’t feature in St Kilda colours in 2019, through injury or otherwise.

Here’s who to look forward to heading into 2020.

Max King is yet to play a senior game, but he already has the St Kilda faithful buzzing.

The gifted forward was taken at pick No. 4 in last year’s National Draft despite rupturing his ACL six months prior, with the Saints showing enormous faith in his potential.

King was on the cusp of a senior debut this season, before a high-ankle syndesmosis injury sustained in his fifth game for Sandringham cut the dream short.

Armed with an accurate right boot and impressive hands overhead, the now injury-free King is ready to assume the throne up forward. 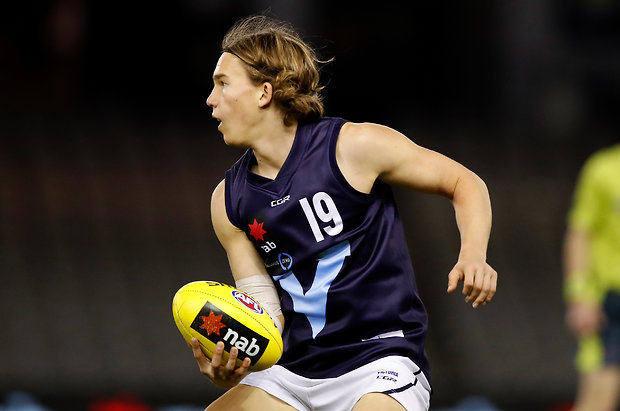 St Kilda’s faith in Max King was evident, but it was just as prominent for Jack Bytel.

Back issues resulted in the prospect top-10 pick sliding down the draft order, allowing the Saints to snap him up with the 41st selection.

The Calder Cannons co-captain has been forced to go through a lengthy rehabilitation following surgery on a bulging disc, but has been the ultimate professional in his recovery.

A natural leader and a high accumulator of possessions, Bytel has all the makings to lead St Kilda’s engine room in the years to come. 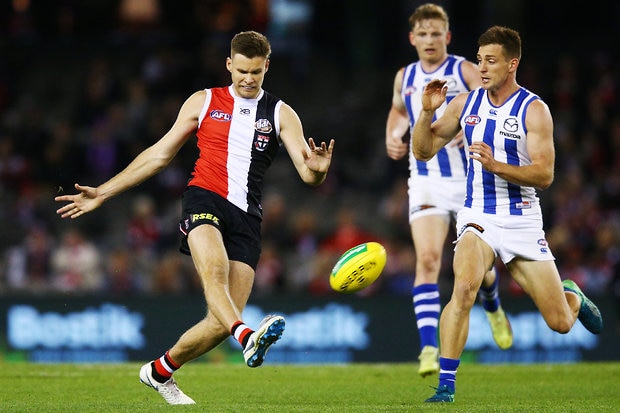 First it was a groin injury that curtailed his pre-season, then a shoulder injury sustained in a training mishap that ruled him out for the entire year.

The former Port Adelaide defender was prominent in his seven matches for the Saints in 2018, averaging 20 disposals, eight marks and four rebound-50s per game.

One of his side’s biggest bodies and one of the strongest in the contest, Austin’s inclusion in 2020 will add another layer to St Kilda’s budding backline.

Callum Wilkie’s stamp on St Kilda’s new-look backline was one of the highlights of 2019.

Unfortunately, it came at the expense of Oscar Clavarino, who was firming nicely for a Round 1 debut before injuring his ankle in February’s intra-club match.

The agile defender lined up for 14 matches in the yellow, black and blue, with his intercept marking, aerial skills and clever ball use on full display.

With added mass and another full pre-season under his belt, Clavarino could be the next young Saint to have a breakout year.

He’s the tallest man on St Kilda’s list, and Sam Alabakis could reach even loftier heights through his untapped – and raw – potential.

The worldly Saint and former college basketballer traded in the round ball for an oval one last season, coming to Moorabbin after three years at the University of Louisiana Monroe.

Alabakis played just the five games for Frankston following injury, but used his height to his advantage in the ruck.

It’s a well-known footy cliché that ruckmen take a lot longer to develop, and while he's still got a lot to learn, the No. 45’s athleticism could fast-track that process.

Jack Mayo may have been the eighth ‘Jack’ on the Saints’ playing list, but he was the first signed as a mid-season recruit.

The rookie-listed Saint adjusted to the rigours of VFL football under the watchful eye of Aaron Hamill, while also applying his trade along the wings and as a hit-up target coming out of defence.

A promising young forward from Subiaco, the 20-year-old booted 50 goals in the Colts during 2018.

If he’s able to translate that form into the red, white and black, Mayo will be the perfect condiment to the Saints’ attack.

St Kilda has finalised its playing list prior to the 2020 AFL Women’s Draft.