Brandon White's terrific season for Sandringham has been rewarded with the club's Neil Bencraft Best & Fairest.

The 22-year-old was a joint winner of the award alongside Zebras skipper Brede Seccull, with the pair topping the count on 87 votes apiece.

Saints Jonathon Marsh, Bailey Rice and Darragh Joyce also polled strongly after consistent campaigns down back, while Hunter Clark, David Armitage, Luke Dunstan and Ben Paton rounded out the top-10 despite their limited stints in the yellow, black and blue.

White was frequently among Sandringham's best performers from week-to-week, averaging 20 disposals, 16 kicks and five marks across his 14 outings. 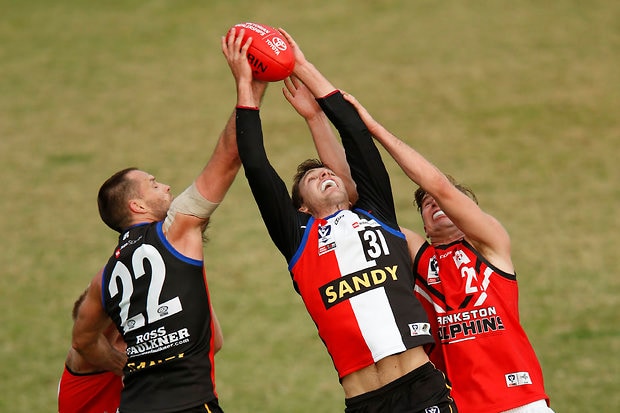 His class and execution off half-back, penetrating kick and proficiency in the air became valuable assets for Aaron Hamill's side, particularly towards the back half of the season as injuries took their toll on the young team.

The Dandenong Stingrays product often served as the springboard out of defence, with his trademark yellow long sleeves a welcome sight for the Sandringham faithful.

White was at his best against Collingwood with a match-winning 25 disposals and 11 marks, while an equally impressive effort against Footscray (31 disposals, 25 kicks, 10 marks) highlighted his consistent influence on the contest.

He also charted another seven games with 20 or more possessions.

The No. 31 notched up his 50th game for Sandringham in Round 20 against Port Melbourne after making his VFL debut as a 19-year-old in 2016.

White played one game for the Saints in 2019 against Gold Coast in Round 13, before corking his thigh during the match.

His match-winning rundown tackle on Jack Lukosius in the dying minutes gifted the Saints their sixth win of the season, despite the steadfast defender being confined to the forward 50 after his injury.

Take a stroll down the Crown Palladium red carpet from St Kilda's night of nights.